It’s that time again when Victoria’s Secret releases their oh-so-fab Fantasy Bra!  I love to see what outrageous design they come up with every year.  This is for 2015: 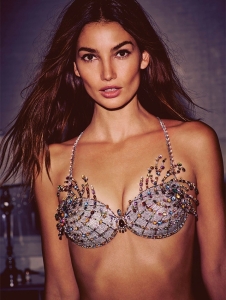 This year’s Fantasy Bra has over 6500 jewels on it, including diamonds, blue topaz, yellow sapphires, and pink quartz, all set in 18-karat gold.  The bra took 685 hours to create and it totals 1364 karats in weight.  It can be yours for a cool $2 million.

The following is from 2013, the Royal Fantasy Bra.

It’s handset in 18-karat gold and features a 52-karat pear-shaped ruby, with over 4,200 gems including rubies, diamonds, and yellow sapphires.  It’s worth $10 million.

My favorite is the very first from 1996, The Million Dollar Miracle Bra.  I do remember when the catalog came out.  I was dumbstruck.  If I had a bra that cost $1 million, guarantee I wouldn’t be covering it up.  But then again, it did come out around the time when everyone started wearing their bra on the outside.

I’m thinking the Go Pro, which is what I actually asked Santa for Christmas, isn’t looking too very expensive right at this moment, now is it!  🙂 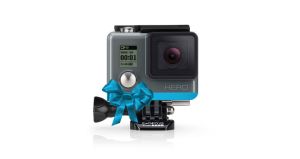 What is Santa bringing you this year?

27 thoughts on “All I Want For Christmas…”