As I decided to write whilst partaking of wine on Friday night, I actually only have the weekend to “wrap” about (hehe, I make myself giggle).

I went Christmas shopping on Saturday because, yes, I AM one of those last-minute shoppers! Holy Checkout Line!!  This was in Target and it stretched at least half the length of the store! However, I was totally impressed with the organization of the mass amount of people.  It was not your typical C.F.  There was no crowding or nastiness, every checkout line was open, and they got us through as quick as they could. Unfortunately, a man got right behind me, was trying to get the attention of someone across the aisle, and made one of those horribly loud whistles with his fingers like he was calling for his dog.  Rude much?!!  THAT did not impress me.  I glared.  One does not need to whistle that loudly when one is on the inside of a building, especially when standing 2 feet away from another person who is not aware that they’re about to get a hole in their eardrum.

Anyway, after a lovely Saturday afternoon nap, Jamesy and I spent a good part of the evening wrapping presents as our youngin’ was staying the night at a friend’s house.  We took complete advantage of him being gone!  We turned on my most favorite Christmas album by Michael Bublé, pulled out the wrapping paper, tape and scissors, and had a good old fashion wrapping party.  I got a great video of James singing and dancing.  He’s not letting me share it… yet… but know that I have it and will probably have it for a long, lonnnnng time (insert evil laugh here… I now own him).

We even got to watch a movie!  This is not something we usually do as we try to go to bed early in preparation for long-run Sunday.  However, we actually decided to turn a movie on after we’d had enough of the wrapping!  We watched Jack Ryan: Shadow Recruit. I thought it was wonderful! Neither one of us got tired or wanted to doze during it as it kept us on the edge of our seat.  We like those suspense movies, what can I say!

Sunday was a big day.  I hadn’t run for a week thanks to my chest cold, so I had to get out no matter what to see how I was feeling.  I had 10 miles on the schedule. No, 10 miles wasn’t happening.  My legs were nice and rested, but at the same time they felt quite weak.  It’s hard to believe that a week’s worth of down time could cause them to feel like floppy noodles.  I did a nice 5K, the loop around our house, and managed it okay.  It didn’t even take me as long as I thought it would with as much as I was having to walk which kind of tells me my intervals on the stoopid treadmill have paid off, because when I was able to run, I was running much faster than I had before.  Yay.  Guess the treadmill isn’t as stoopid as I made it out to be.

And it was finally perfect weather conditions for a run.  No rain, no wind… just overcast and in the 40s… normal and beautiful.  Good thing, too, because James had his time-trial 20-miler.  His goal was to run 20 miles in 3 hours.  I won’t spoil it for you on how it went… you can visit 50 in 50 Marathon Quest for the final result.  Will he run another sub-4-hour marathon in January… or has he taken his plan too lightly this time around and did he take a whole 4 hours to run the 20 miles?

Oh, and hey!  The Seahawks won again today!  We’re in the playoffs now!  Doesn’t get any better than that!! 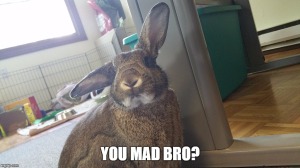 Is anyone else a last-minute holiday shopper?  Who saw Star Wars this weekend? If you’re a runner, how did your long run go?

I’m linking up with Holly from HoHo Runs and Tricia from MissSippiPiddlin for their Weekly Wrap!  Thank you ladies!  All are invited to link up and share!