I made this rice tonight: 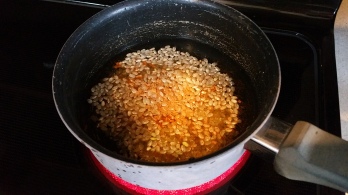 Notice what I did wrong?  Aren’t you supposed to boil the water first before you add the rice? No worries… I’m not eating it… I’ll ask James later how it turned out.

Last night, I made these whole wheat tortillas in the oven:

I thought they’d be yummy, nice and crisp.  I may as well have been eating a piece of cardboard because that’s exactly what they tasted like… cardboard.  <sigh>  Time for me to resign as the family cook… the boys will have to make their own Mac & Cheese (bummer).

… are the bestest, most sinful snack ever in the history of ever.  Cinnamon and sugar crostinis, courtesy of Haggen’s (so, no, I didn’t make them; James and I did, however, eat an entire bag of them last weekend).

On a bright note, the rescue and rehab center I work at just released 3 orphaned goslings to a new family (geese are awesome at fostering other babies… because they can’t count).  What makes this special to me is that I was the releasor of said releasees.  It was amazing.  The little goslings thought they needed to follow me, so they did, until I walked them over to their new family… then they made a beeline to their new brothers and sisters and never looked back.

Two are smack dab in the middle… a little smaller than the others but they’ll thrive now.

Two days later I went back to check on them.  Yep, still there, still with their little yellow heads (look for the tiny tint of yellow).

Rock ‘N’ Roll Seattle is coming up, June 18th.  I don’t even want to talk about my training… that deserves a post all on its own (hint: severe PF). 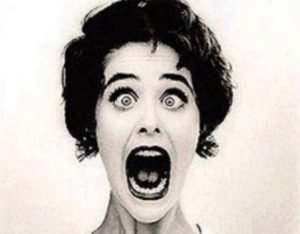 Have a great night/day!!  Got any wisdom for Wednesday?