I didn’t tell anyone this, but I put in for the London Marathon lottery last March… along with James… and along with my father-in-law Alan, who lives in the UK… with the drawing to be held in October.  Possibly a fun family event and get together in April, in London, amiright? 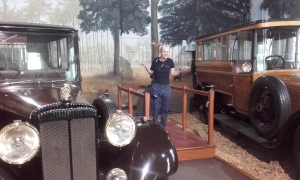 Alan ran the London Marathon in the early 1990s, setting a personal record with a sub-3-hour marathon time.  He was the first to hear from them on Monday… rejected.  If he’s interested, he can still get a bib through his running club, or he can qualify with a sub-5-hour marathon as he is 70 and a citizen of the UK.  Oh… yeah… right… he could also join a charity and start fundraising for £1500 or so.

And by the way… yes… you read that right.  I entered the lottery as well.  For the marathon. Twenty-six point two miles.  26.2.  My first marathon, to be completed in April, after I turn 50. But I got this:

I was rejected.  However, notice the last paragraph… if I use one of their worldwide “tour”companies, I could still obtain a bib… thousands of dollars later.

For the last 3 months, I’ve been receiving emails from London saying stuff like, “we notice you haven’t signed up with a charity yet,” or “guaranteed entry, check out these charities.”  I’m beginning to question the “unweighted” ballot system of the London Marathon.  Looking into it, they probably have 30 to 40 “tour” companies with bibs to offer worldwide, not to mention all these charities still have bibs to offer if you raise money for them.  Every single person who got rejected in the UK got a message saying, “sign up with this charity and still gain entry.”  Are you starting to understand where I’m going with this?

I don’t mind raising money for charity, but I would prefer to choose my own charity.  I work for a nonprofit organization and the only way we survive is by fundraising… so if I’m going to put forth fundraising efforts, it’s going to be for a cause I believe in, not what someone else dictates to me.

Sorry London, you’re just not worth the hassle.

As for me… why yes… I am still entertaining the idea of running my first 26.2 after I turn 50. Now I just have to decide which one…

And as for Alan’s entrance fee that he paid in advance, only to be rejected by the London Marathon… the race kept the money and donated it to charity.