In spite of the losses we endured most recently, it’s been a great holiday week… lots of family, lots of food, lots of love.  There was even lots of running done by one of us… okay, spoiler alert, it wasn’t me doing the running. 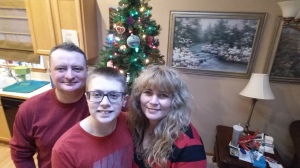 The 12yo child is now taller than me… that ain’t right.

Christmas Eve brought tragedy at work.  We got quite a bit of snow the day before, too much for one of the trees to handle, and it collapsed onto one of the yurts that housed a little Northern Saw-whet owl with vision problems.  She escaped.  She is fully flighted and knows how to hunt, so there is a good chance of survival for her.  Maybe the accident was, in reality, divine intervention.  Maybe her stay with us was done and it was time for her to fly and be free. (To every negative, it’s important to search for the positive. #selfpreservation) 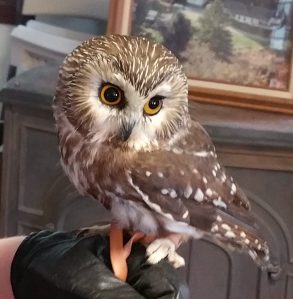 Christmas Eve brought tragedy to the Seattle Seahawks as well.  They lost to Arizona.  The positive?  I was right there in the stadium to watch!  My very first ‘Hawks game! Okay… maybe not so much a positive for the team, but a huge selfish positive on my part!  🙂 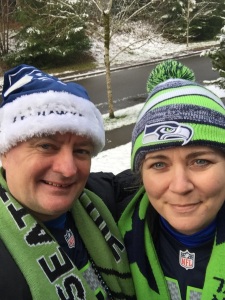 This weekend has been great fun, celebrating the end of 2016.  AJ went to Leavenworth with his friend to play in the snow, and James and I brought in the New Year karaoking most of the night until it was time to watch the fireworks at the Space Needle (from the warmth of our own home, of course… far away from any craziness). 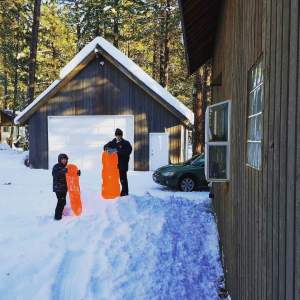 We have a fresh layer of snow and ice, and this coming week promises to be the coldest we’ve seen in a long time.  I don’t do snow, and it will definitely be a week of treadmill running, assuming I even run, :D.  But c’est la vie.  There is always plenty of good in life to offset the bad. That’s just the way it goes.

…Don’t you know, when you’re down

There’s just one way to go

That’s just the way it goes!…

Wishing you much love and happiness in 2017, no matter what life throws at you!