It had been awhile since I made wheatberries and completely forgot how to do it, because, you know, I’m such a whiz when it comes to cooking… not.  So I turned to the internet for advice.  A simple recipe… that’s all I wanted.  Water-to-wheatberry ratio!  Length of boiling time!  Is that too much to ask?  Apparently. 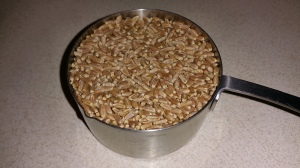 After searching and sorting through tons of worthless articles about how to boil wheatberries and getting incredibly frustrated in the process, I decided an easy recipe needed to be posted. No rubbish about how wonderful they are for you… just a simple wheatberry recipe.  Here ya go:

3 cups of water to 1 cup of wheatberries.  Boil water, add wheatberries and a pinch of salt. Cover and simmer on low heat for 1 hour.  Eat them however your little heart desires.

Just so happens we eat them on our salad, which is what our dinner was tonight.  You know… New Year, running, upcoming races… no time like the present to get back to healthy. The holidays are over after all and it’s time to re-focus.  However, when I was preparing said salad, and because I’m such a rockstar in the kitchen, I forgot to peel the cucumber before I cut it up. The skin was too bitter to eat, so I took each piece of cucumber out of the salad and peeled them individually.  It’s been a banner night. 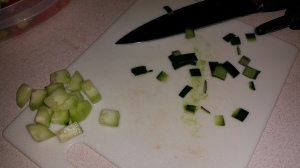 That being said, at least we’re warming up now.  For the past few weeks, we’ve been under a sheet of ice and sometimes snow, getting down to 15 degrees F (-9C).  Today was actually the first day I’ve felt warm in a long time.  The house wouldn’t even heat properly during our cold spell.  I was making those pre-made, drop-dough cookies just so I could turn the oven on for extra warmth! 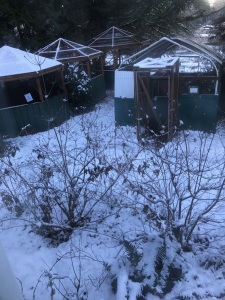 Our turkey vulture at work had to have 2 heat lamps hanging for her. 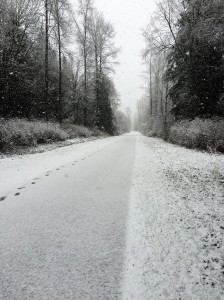 The trail… yeah, not happening…

But I know one person that the snow didn’t stop!  Such dedication! 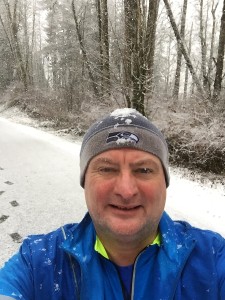 As for the first race of the year… it will be April 9th, The Seahawks 12K Run.  Cannot wait to have that hot little bling in my hands!!  After that, it’s Reno baby!  The Downtown River Run on April 30th!  Half marathon for me and the full for James!

And, so… the adventure continues… 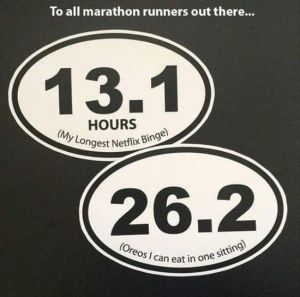