The sun was shining, not a cloud in the sky, and I wasn’t in the mood to go for my long run on Sunday.  I didn’t get a good night’s sleep, so that could be the number one reason right there. My alarm went off at 6, but apparently on its first snooze, I turned the alarm completely off.  No worries.  Meep managed to howl and scream and annoy the hell out of me until I woke up.  He knows.  He’s a good cat. 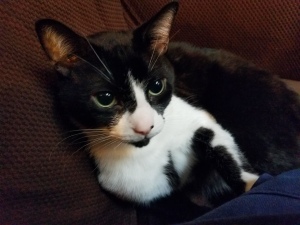 Regardless, I still didn’t get out early enough.  It was already hot.  And heat makes me cranky.  I don’t know how the weather can change from 45 deg F to 80 in a matter of 24 hours.

And OMG, all the people on the trail.  And bikes.  And dogs.  And pollen.  And bugs.  Following are a few of my grumpy observations on the first part of my run:

Then at mile two I had a special escort.  A white butterfly.  This lovely little butterfly flitted along with me for at least 1/2-mile.  My spirits started to lift a bit.  Once that happened, the butterfly flew directly in front of me, then disappeared, never to be seen again.  It was the only butterfly I saw on the trail all day. 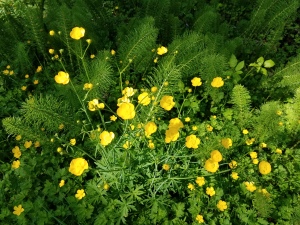 And then I looked up.  There were the eagles… Papa on his tree watching over things, Mama in the nest taking care of Junior.  My heart was full and my angst gone.

However, an hour later on turn-around, I started to get cranky again.  I was running into the sun.  And I was hot.  And proof-positive that I sweat lavender as the bees started to become interested in me.  WTH.

I eventually made it home in one piece without any incidents, even without seeing any incidents, thankfully and surprisingly.  James was kind enough to make me some eggs with zoodles, and after a shower, I went back to bed.  The best cure for a bad mood.  It was definitely not the greatest runday 2 weeks before my next half-marathon, but it is what it is.

As well, I have just finished day 19 of The Whole 30.  My appetite has decreased, although on Saturday, I got a big case of the munchies.  I snacked on olives, dates and a baked potato.  I think I had an orange in there too.  This was about 4 p.m., and it actually ended up being my dinner as I wasn’t hungry afterwards.  11 more days.  Awesome.  And in case you’re wondering… yes, I do feel lighter on my feet during my runs.

Lastly, for those of you who have never heard communication between eagles before, I managed to get one of our resident bald eagles to open up to me, who then got the other to start talking.  I usually sing to her, but no way was I putting that on camera.  You’re welcome.

Have a great week!