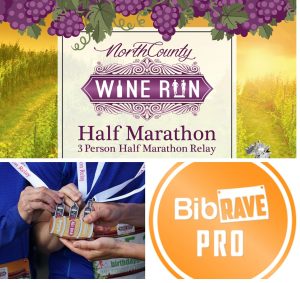 Tonight I’m in Battle Ground, Washington, preparing to run, I believe, my 13th half-marathon Saturday morning.  Battle Ground is about 200 miles south of where we live and about 20 miles north of Portland, Oregon.

One of the reasons James and I race is to explore new areas.  We’d never heard of nor been near Battle Ground before, and as this event is in our home state, we needed to check this race and area out.

Unfortunately, on September 2nd and about 40 miles south from here, some careless teenagers were lighting off fireworks during a burn ban, which ultimately started the now infamous Eagle Creek Fire, a fire that has burned so massively we have got smoke and ash all the way up where I live.

As of September 20th, the fire has consumed over 48,000 acres and still is only about 50% contained.

The proceeds from the North County Wine Run will go to the Eagle Creek Fire Relief.

Thankfully, the air cleared enough this past week to where we could still run.

This is the first race I’ll be running representing BibRave as a BibRave Pro, but I did pay for my entry.  I will be running through a winery, with wine offered at the aid stations and a wine truck coming up along the course… you know… just in case.

Really looking forward to it!  Cheers!