If you have followed my blog for any length of time, you know I’m not a whiz in the kitchen. However, every now and again… okay, maybe once a month… I like to try something new to see if I can’t improve my skills.  This time it was really no big deal and no major cooking here, but I did try something new and I was successful!  Kale chips!

Kale is one of those powerhouse super foods, but to be honest, it’s not that yummy in salads, in my opinion. I think it’s bitter, chewy, and has a texture similar to a bay leaf… again, in my opinion.  So, enter the kale chips.  Okay, it’s a bit fussy having to cut the leaves off the stalk and then drying them, but really, kind of worth it.  Better than potato chips or popcorn!  Voila!

Perhaps not so pleasing to the eye, but believe me, they were tasty.  I think James described them as “something that looked like washed up on a beach.”  (which is okay too… I’ve been wanting to add seaweed to our diet just recently, another super food, :D)

In other news… you may know I went for a bike ride last week.  When it came time to get on the bike again, it was raining, so I had to venture downstairs to the stationary bike.  It was actually a great setup as I decided to watch a program while doing it.  Now, I know this is not a new concept to the rest of the world… but it’s the first time I’ve ever actually done it, and it was quite pleasant… until about 20 minutes in… then I couldn’t feel my bum anymore and decided that that definitely couldn’t be a good thing, so I stopped.  But at least I’m a couple of rides closer to getting my sit bones used to a 50-mile ride.  My next feat with the bike, before the 50 miles, is a painful uphill climb that goes on for 3 or 4 miles which I have always avoided like the plague.  I’ll let you know later how that one goes.

And, oh yeah, the running thing… I’ve been doing that, too.  I’ve stuck mostly to the treadmill so I can focus on my pace.  I know it’s weird and so unlike me to want to run on the treadmill, but hey, we do what we gotta do to reach our goals, don’t we. 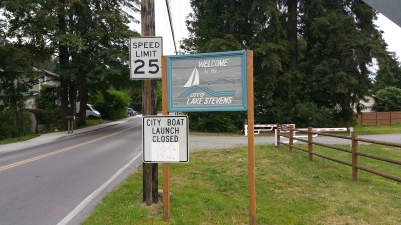 I’ve not stayed completely inside though!  The pictures you’re seeing are from a recent run around town. 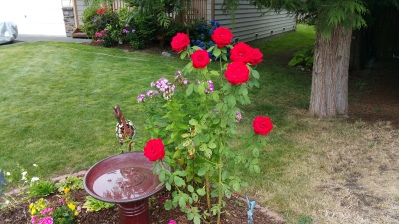 Wishing you a beautiful Tuesday!!